After having spent 2.5 mos in the South American jungles and mountains with my giant backpack in my company, my next stop was the most peaceful place on earth in Argentina: Eco Yoga Park, which also happened to be a Hare Krishna ashram.

Starting from day one, I found myself in the middle of an organic farm picking produce such as eggplants, cabbages, tomatoes and cucumbers, weeding, and mixing cows shit with soil. This would be my schedule for the next 10 days for 4.5 hrs every day along with a bunch of other lovley backpackers or porteños escaping from Buenos Aires for a few days.

Besides working in the farm, the alternative volunteering tasks included helping in the kitchen, doing art (working with mosaic, excellent!), and light construction work. After the daily chores were completed every day, our afternoons were full of activities such as yoga (sometimes twice a day!), meditation, music therapy (chanting along the sisters) and Buddhist philosophy sessions. Unlike the other ashrams I’ve been at, except for doing volunteer work, none of the activities were mandatory in the park,so we had a pretty good amount of free time to chill on the hammocks and focus on our inner search.

The number of volunteers fluctuated between 8-15 during the time I was there along with the 13 cheerful, kind, and friendly Hare Krishnas living there fulltime and teaching the classes.

One of the best parts of the camp was the yummy vegan food I never thought I’d like this much. Generous amounts of food were served 3 times a day and they were absolutely amazing and nutritious. Even better, we could also ask for more food, which we took advantage of without skipping after licking the bottom of our plates.

By eating the vegetables we dealt with every day in the farm, we could witness the entire cycle of the food process: from seed to the bathroom 🙂

Since it was the prime season for cabbage, we had at least one dish that included it as well as squash and eggplants (Fried eggplants covered with chickpea flour), warm veggie salads seasoned with Indian spices, rice balls, samosas, pizza, and everyone’s favorite: freshly baked amazing bread!

The heart of the ashram: the altar from the window of the temple with the reflection of the sky and grass. The photo came out pretty magical huh? 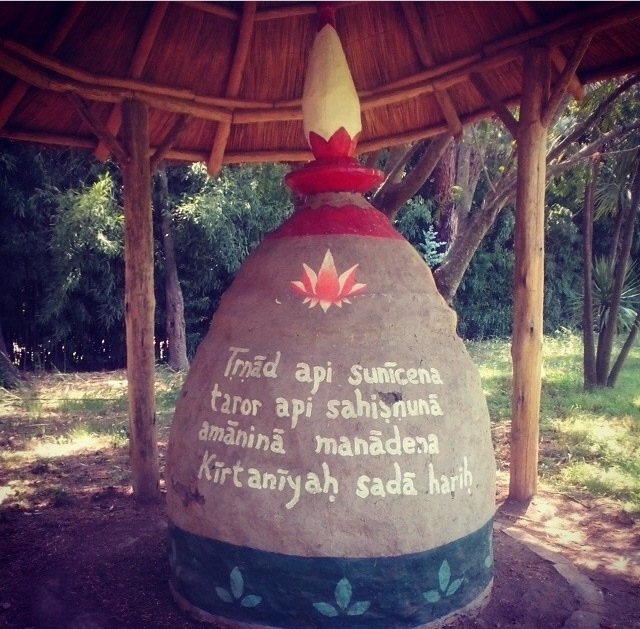 The deities on the altar were cleaned and dressed in fresh clothes everyday. 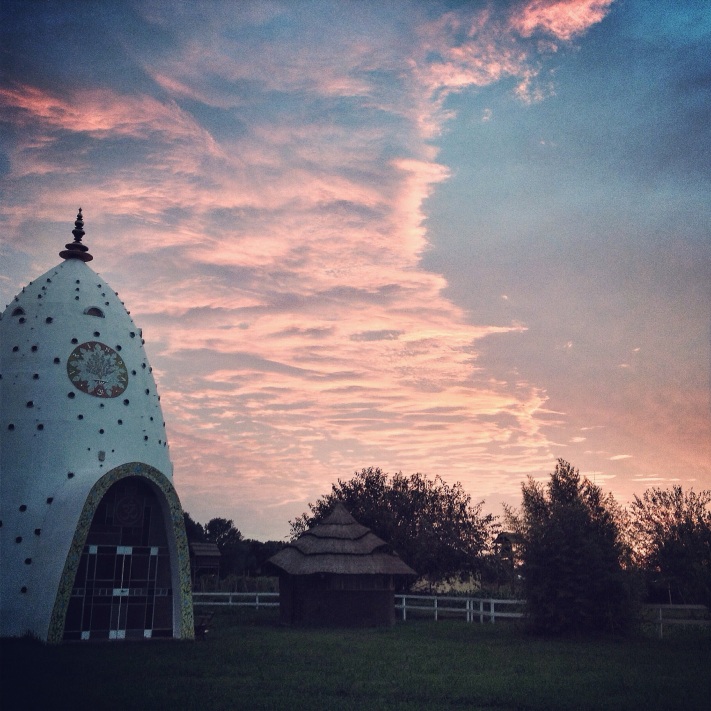 Sunrise over the temple

Since the garden work started at 6:30 am every morning, we got to see the amazing sunrise , which woke us up everyday happily from our sleep walks. 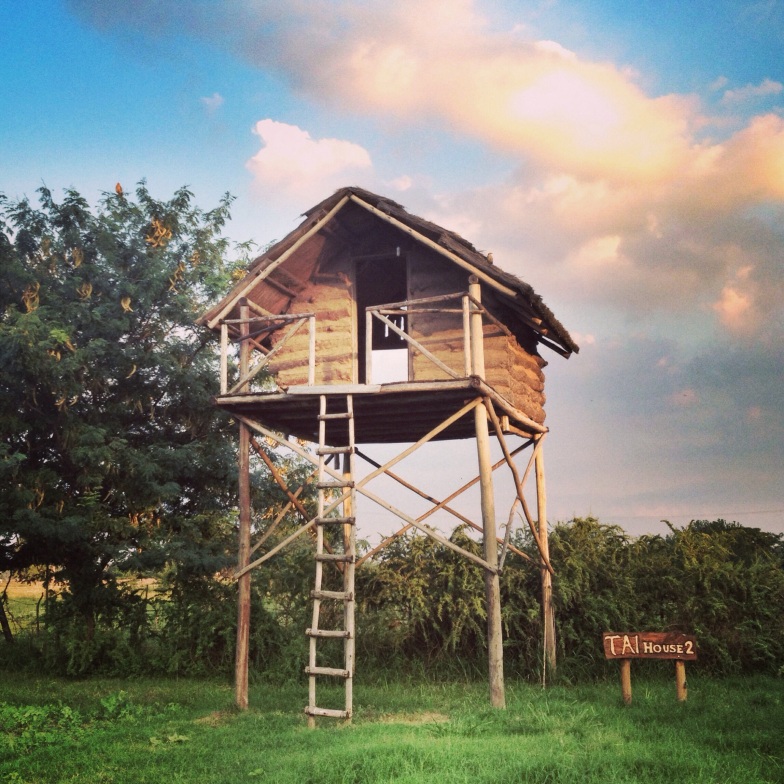 One of the several eco house styles in the farm 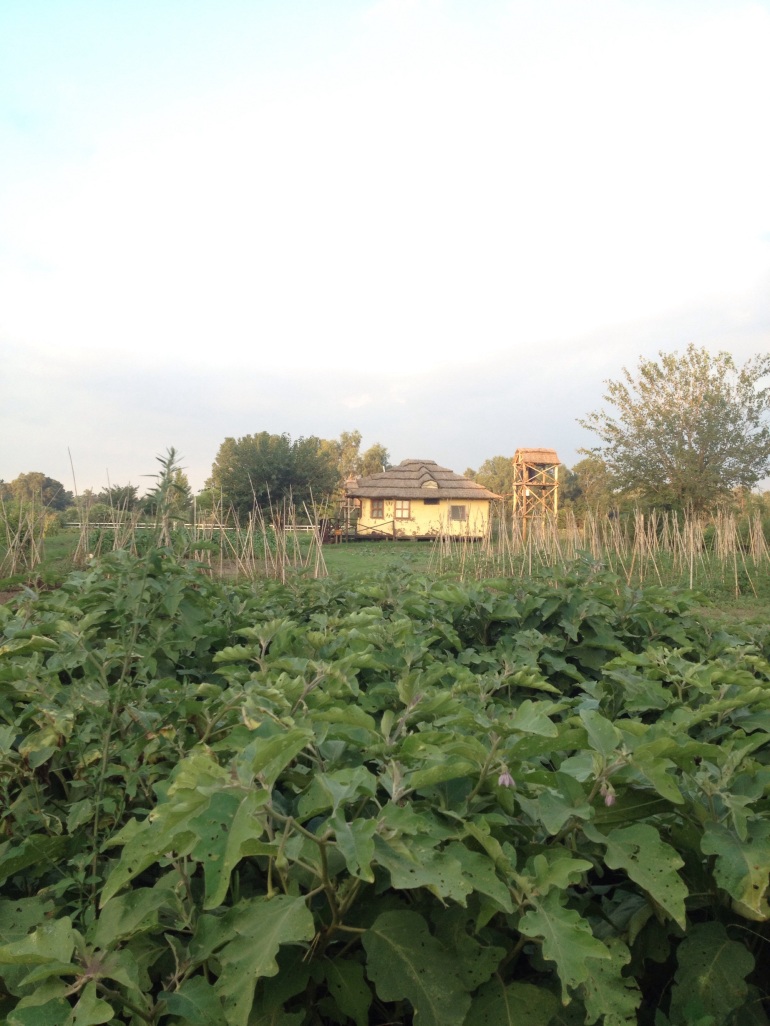 My usual afternoon spot on the hammock

The outdoor platform for yoga and mediation 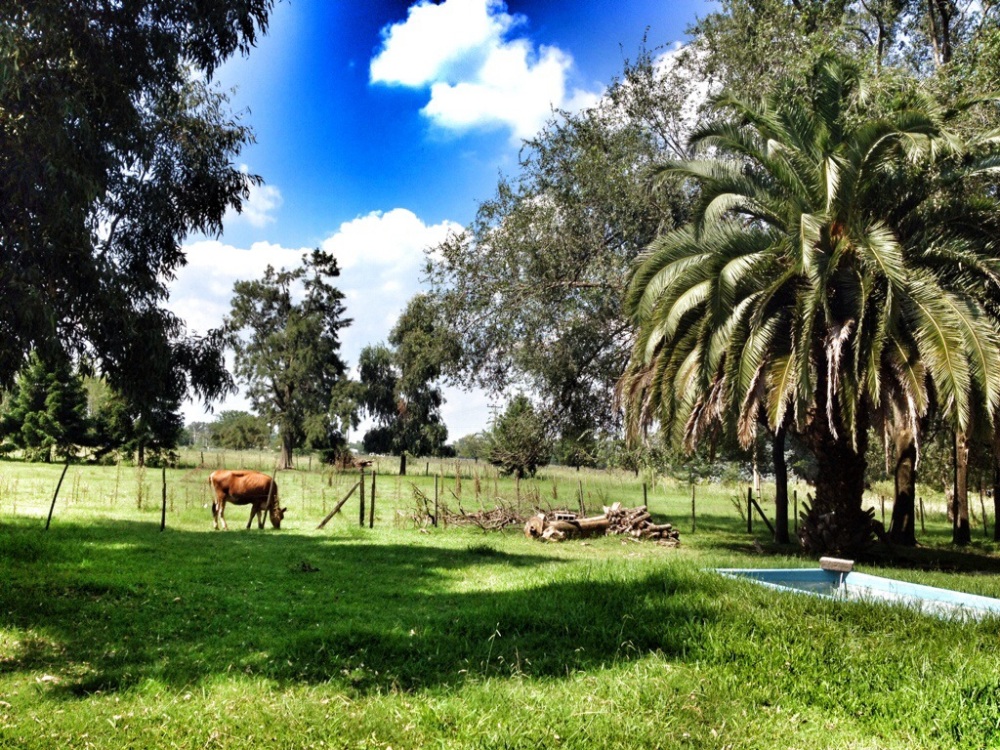 The milk farm next door we visited one day to break our vegan diets with chocolate milk and cheese. Oh it felt good! 🙂 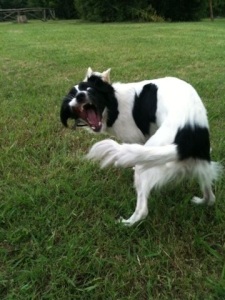 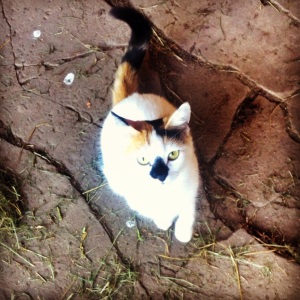 The silly dog that chased his tail and my lil black nosed cat who were the other members of the camp besides the ducks, chickens, horses, cows, and hundreds of birds.

After 10 amazing days and having made beautiful friendships that I´m sure will last for a long time, my desire to feel the salty wind on my face and warm sand between my toes became irresistible, hence I decided it was time for me to leave the peaceful farming life behind and head down to the beaches of Uruguay.